If you want to write a paper about the peculiarities of constructing a plot in the films of Lars von Trier, it is worth mentioning a few more important features. Before proceeding to those, we would like to remind you that you may always address a college homework helper to get it done if you have no time. As L. Bond has already noticed, this is the division of characters into those who represent living people, and those who are symbols or materialized metaphors. Moreover, the main characters can be both the first ones and the others. In the “Dancer in the Dark”, a number of minor characters are nothing else than symbols or generalized portraits of some qualities. For instance, Jeff, who constantly assists the main heroine Selma at work and helps her when she gets into jail, is a symbol of sacrificial unselfish love. But we do not know anything about this story as more than Jeff's love for Selma.

Katie is the image of true and ideal friendship; she is a perfect friend who saves Selma in the most difficult situations, asking nothing in return, sincerely loving her. Besides, we also know nothing about her, except this fact. On the contrary, in “Dogville”, all characters are the images of living people, except Grace herself, who symbolizes nobility and benevolence, as indicated by the semantics of her name. “Grace” in English means virtue, elegance, integrity, decency. During the development of the plot, the viewer can observe how this “Virtue” accidentally gets into Dogville village, how she tries to get into society, helping the inhabitants to cope with their everyday affairs and life's troubles, how they all admire her initially, and how, finally, they make her guilty of all her miseries and rape her. Correspondingly, the external form or plan of expression is literally connected with the inner essence of this story through the name of the main character. Furthermore, it is here to assume that Grace is a far-fetched gender-inverse allusion to the image of Jesus Christ who sacrificed himself for the sake of salvation and welfare of others. This dual division of characters is very clearly highlighted in the movie “Melancholia,” where Justine, being mentally melancholic, is a symbol of the planet Melancholy, which was hiding behind the sun and was slowly approaching the Earth to destroy it along with itself. Conversely, the blue planet is a symbol of the melancholy which Justine suffered and which destroyed her personality in the same way as the unknown space object destroys the Earth in the end.

The Unity of the Place of Action as Old Modernized Method 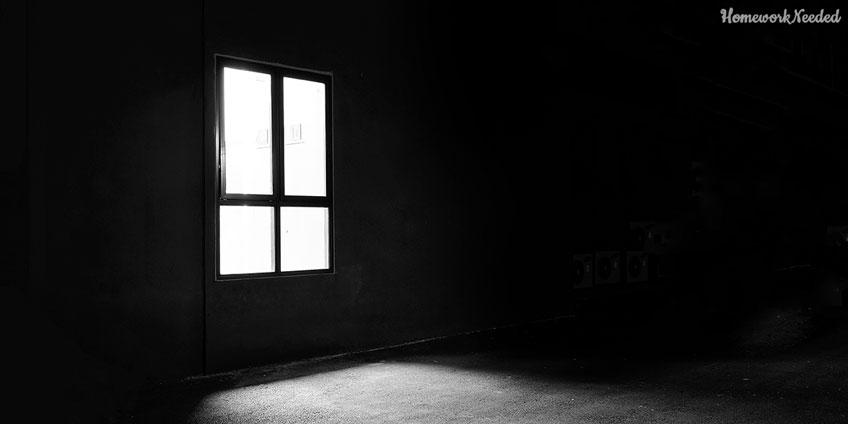 Continuing the analysis of Trier’s poetics, it is here to admit that the important plot component that relates to the space of the plot unfolding is the unity of the place of action. In most Lars von Trier's films, the action happens in one and the same place – particularly, in the films we analyze – these are “Dogville” and “Melancholia” (the action in “Dance in the Dark” takes place in several locations because of the plot feature – the blindness of the main character, which led to the need to show the interaction of the blind with the space: expensive, different places). This feature can be explained, on the one hand, by the attraction of Lars von Trier to intermediality and combination of different arts in the process of creating a film. In particular, cinema and theater, which will be discussed further; and, on the other hand, is regulated by the instruction on psychology, the desire to focus on the psychological static images, which promote unity in the image of the location. Then, it may also be the desire to create an expressive pictorial image of the area (schematic Dogville, a country estate in Melancholia), giving the viewer the opportunity to feel it in the smallest details and in the shortest time possible.

The Acting as the Reincarnation 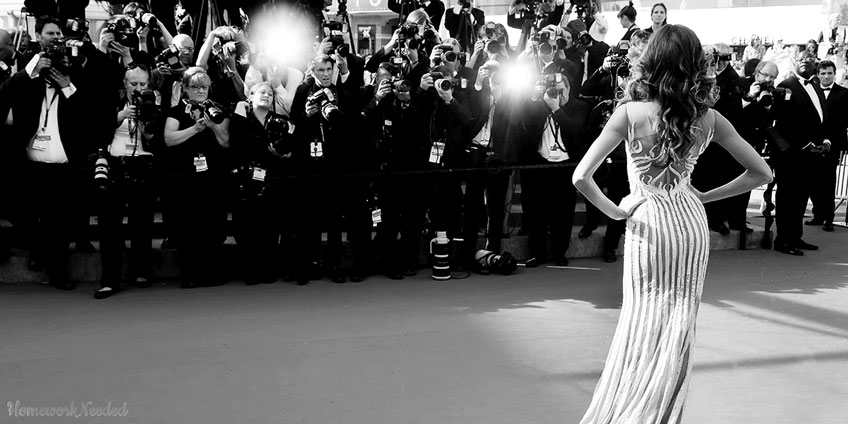 Another interesting fact about Lars von Trier ‘s style and methods of work is the approach to the acting game, which captures the practice of the so-called method drama, based on the system of Stanislavsky. According to this method, the actor has to think up his role in the smallest details. For example, he is likely to write a biography of his character and reincarnate in it totally. As the actors from the films of Lars von Trier mentioned in the interview, the director forced them to improvise in their role for hours, until there appeared a peak of the desired emotion.

Effect of the Eye with the Filming Methods of “Dogma-95”

The great role in the author's von Trier’s style play the specifics of filming, perspective and intertextuality. Being the founder of the “Dogma-95” of an avant-garde direction, his shooting techniques often contain “jump shots” – jump-like shift in the angle that creates the maximum effect of reality, “slipping” and “shaking” the camera, which provide a long frame length, moving from one image to another through the movement of the camera and the angle of view. Also, these techniques enhance the effect of the presence of the viewer, creating an illusion that his eye is in a camera.

Musical Component as the Intermediality and Paradox

The style of Lars von Trier is marked by an intensive intersemioticity and attraction to intermediality. In the context of the first one, you can trace the use of classical music as an accompaniment of films: in “Dogville”, the Vivaldi’s music, and in “Melancholia”. The constant key in atmospheric production is the leitmotif from the opera “Tristan and Isolde” by R. Wagner. As to the intermediate component of Lars von Trier's films, it is worth admitting his constant experiments with the introduction of elements of the aesthetics of other arts, in particular, theater, music and painting. For example, the film “Dancer in the Dark” is called an anti-musical for introducing musical performances in the cinematic narrative, which is an independent element that reveals the peculiarity of the inner world of the main character of non-religious Selma. Moreover, a musical performance as the independent cinema element defines exclusive senses of world perception. However, the final message of the film is typically anti-musical in case of drawing attention to the classical canon of the musical with its idealistic depiction of reality.

Theatrical Aesthetics of Schematics as the Mean of Expressiveness

In the theatrical aesthetics of sketchy and schematics film “Dogville” is created. This is the movie where the action takes place on a site where all the houses, the boundaries between them, even silhouette watchdog are lined in chalk. Thus, the viewer denies the opportunity to live “beautiful” nature mountain scenery of American settlement. The director destroys this range of spectator’s hopes very easily, arguing that this is not the main thing here. On the contrary, he wants the viewers to appreciate the beauty of opportunities and inspect movements of peasants. Usually, when being in a room with walls, people tend to reflect what is happening right now in the next room or building, bottom or top. Lars von Trier, in this way, allows the audience to experience things which are impossible in real life visually, but even this is not the main thing in the design of the space. Using the concept of the Black box theatre, holding chalk lines on the floor and not lifting up walls between houses, he seems to warn the viewer: an experiment is in progress, and we do not hide it. I cannot help mentioning that the other side of the space decision is an artistic aspiration to intensify the expressiveness both of the plot and acting. 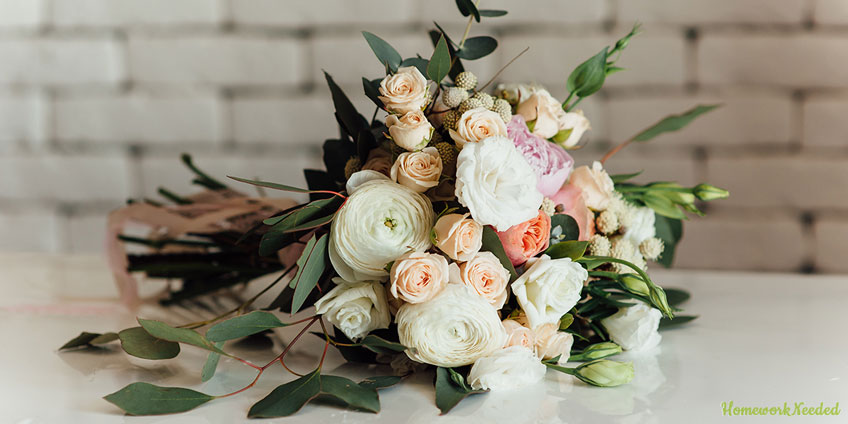 Finally, we observe the graceful and harmonious role of the painting, its static aesthetics in “Melancholia” with the slightly rough-edged frames with the paintings of P. Bruegel “Snow Hunters”, a frame with the main character of Justin, in a wedding suit with a bouquet of flowers in his hands, which is an allusion to the “Ophelia” by the Pre-Raphaelites. And, vice versa, the slowed frames of main character’s running, which, correspondingly, resemble picturesque statics – all of them create the effect of the stop-frame, the last mysteries of the existence of the Earth incredibly revealing the problematic assertion of the film.

Summarizing the aforementioned, we can conclude that the dominant feature of the Lars von Trier’s style is a neo-romantic paradigmatic shift of classic plot in which the hero does not try to resist society, but, on the contrary, tries to adapt himself to it, maintaining his personality non-assimilated to the social norms. But in the end, it remains impossible for them. The other features of von Trier’s style are the creating of symbolic characters who resemble materialized metaphors of director’s cinematic narrative, realism and minimalism of special effects in the shooting techniques, which include the long duration of a frame and the large role of “jumping” perspective. His style is also the expressive aesthetics of schematics and, of course, the aesthetics of experiment with different kinds of the Art.