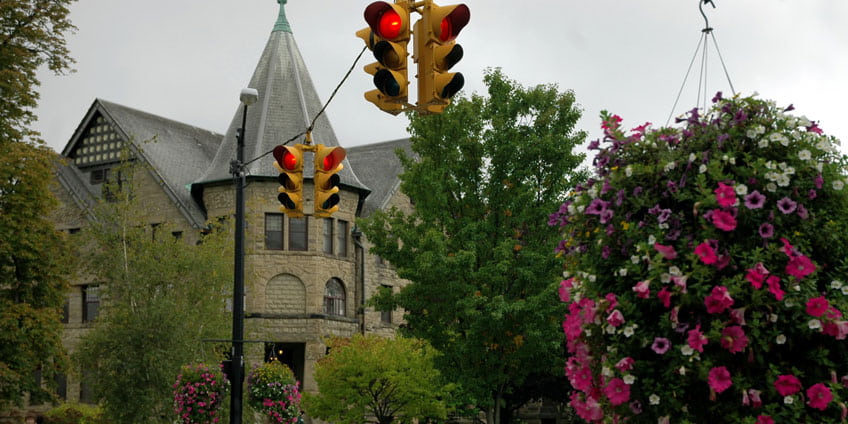 Have you ever wondered what was the first American college to become coeducational? The very first college to turn coeducational was Oberlin College. Although Oberlin is an indisputable pioneer, other institutions soon followed its example. American society needed radical changes at the time. Undeniably, this transformation was imminent.

Oberlin is a liberal arts college located in Oberlin, Ohio. It was founded by Philo Penfield Stewart and John Jay Shipherd in 1833. And it was the first school in the US, which accepted equally women and men in 1837. Moreover, it also accepted white and black students back in 1835 as well.

Oberlin’s progressivist views on mixed-sex and mixed-race education and its active implementation reshaped the whole system and its further direction. As one can imagine, this college is a true innovator in the history of American education.

But of course, the turning point of effacing borders between genders and races wouldn’t be possible without many courageous and persistent reformers who fought for access to education for women, black students, and minors, too.

By the way, the first African American woman in the world who received a Bachelor's degree was Mary Jane Patterson. She graduated from Oberlin College in 1862. After receiving her diploma, she began her teaching career in Philadelphia where she worked for several years.

She also became the first female African American principal in one of the Preparatory High Schools in 1871. Despite her replacement after almost 15 years and appointment of another person, her successor, she didn’t stop her professional career and continued to work as a teacher at the same school until she passed away. That being said, her figure in the history of the United States, as well as her input in education, is absolutely invaluable.

In case of troubles with your homework, whether on the topic of education, or feminism, or any other troublesome matter, college homework helper will assist you toward a successful outcome and its profound comprehension.

US Coeducational Process: The First Colleges

According to the College Stats, the integration of both genders in the US educational institutions originates in the 19th century. In the period from 1837 to 1861 (which marks the beginning of the Civil War), the whole setting transformed drastically. More than twenty coeducational colleges had emerged within that time frame from the ground up.

Certainly, the genuine coeducational revolution was happening back then! Which means that the fundamentals of the coeducational system with its core values that we have now were established many years ago. However, its widespread proliferation, as well as proper recognition, wasn’t as fast as desired.

Initially, it was even difficult to convince professors to teach women. And although the majority of newly established colleges were coeducational by the end of the century, a great number of the most distinguished and elite institutions were still hesitant to accept changes.

It is worth mentioning that the first school from the Ivy League, which adopted the new approach to education was Cornel University, while the rest continued to employ the old principles, operating so-called "coordinate colleges" where solely women were allowed to study.

Since men had studied in various institutions of higher education long before it became possible for women to study side-by-side with them, the process of transition to coeducation was not smooth. It was entirely different for each institution in particular. They all had inevitably multiple challenges to overcome. Nevertheless, more and more colleges and universities gradually acknowledged the necessity of coeducational system advancement, as well as a completely new attitude toward male and female education as a whole.

From the First Coeducational College to Date

Referring to the article "A History of Coeducation", by the late 1950’s coeducational colleges had adopted the brand-new scholastic model. And thus attending a women’s college became entirely retrogressive to many applicants.

According to the National Bureau of Economic Research, currently, women constitute 57 percent of all bachelor’s degrees. In addition, more than 97 percent of women will graduate from coeducational colleges in the year to come. It is hard to believe that until 1835, there were only single-sex institutions of higher education in the whole country.

A lot of seemingly unimaginable stories have been circulating to the present day regarding the first years of students’ adaptation to the coeducational environment. As it was the whole new experience for both male and female students, as well as professors this period wasn’t seamless at all. Anyway, the decision of implementing coeducational practices all over the country was 100 percent worthwhile. Now we are witnessing only positive results of its practical application. And its further success is irreversible.

It is incredible that nowadays people approach the topic in question creatively. They make movies (both fiction and documentaries), publish books, scientific works, and many more on that subject. There is plenty of relevant information one may find on the internet in relation to the beginning of coeducational revolution, its spread, development, principles, and objectives. For instance, this article from the Washington Post depicting the struggles for women’s education using the cases of colleges like Harvard, Princeton, Yale, and other notable institutions.

To sum up, it is very important to know what the first American college to become coeducational was. Remember, it was Oberlin that transformed millions of lives. It is almost improbable to believe that the idea of coeducational experience might have faced so much opposition and disputes not so long ago. So let's appreciate its benefits as well as equity today!