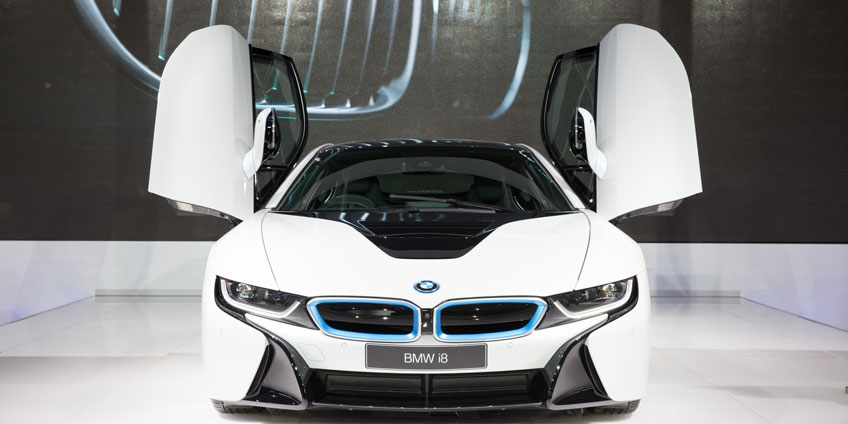 The Bavaria state of Germany and particularly its capital, Munich, is famous for lots of remarkably distinct things: sausages, beer, and of course, headquarters of BMW. The company with a history of over than century that has been developing together with the car industry itself. If you are one of the brand’s admirers still not knowing for sure what BMW stands for, the answer is quite simple. The acronym BMW stands for Bayerische Motoren Werke in German, and also, it has its equivalent in English - Bavarian Motor Works, which means practically the same. Naturally, Motoren Werke and Motor Works sound pretty much the same, that’s why the company’s name is easily understandable even in German. If you don’t know what “b” in BMW stands for - it’s all about the beautiful land that gave birth to this undoubtedly outstanding manufacturer. Of course, we are talking about Bavaria, or Bayerische, as it sounds in German.

Now that you know what does BMW stand for in German let’s go back and look at how it appeared. Interestingly enough, the name BMW is considered to be descendant from Rapp Motorenwerke, which was the original company that produced aircraft engines. During World War I this company largely supplied aircraft engines. Near the end of the war, the Prussian Army rejected the delivery of Rapp Motorenwerke. Soon after, Karl Rapp was resigned from the company, which the new administration renamed to BMW as we know it today.

In 1922 wealthy Camillo Castiglioni bought a few similar aircraft plants and the right to use the BMW name in times of terrible inflation. The company suffered then a major crisis with strict limitations in production due to Versaille Treaties and aftermath of the WWI. They found a way to sell the engines they developed so carefully - now for various vehicles from motorcycles to buses. Later, the six-cylinder and V-8 ones became the fastest and the most famous in motorsport movement. All these engines were “children” of the old aircraft technologies, namely those actively used by Luftwaffe in World War II.

Now, BMW group is not solely about the car brand BMW. It consists of BMW, Rover Group, and Rolls-Royce brands.

What does M stand for in BMW? 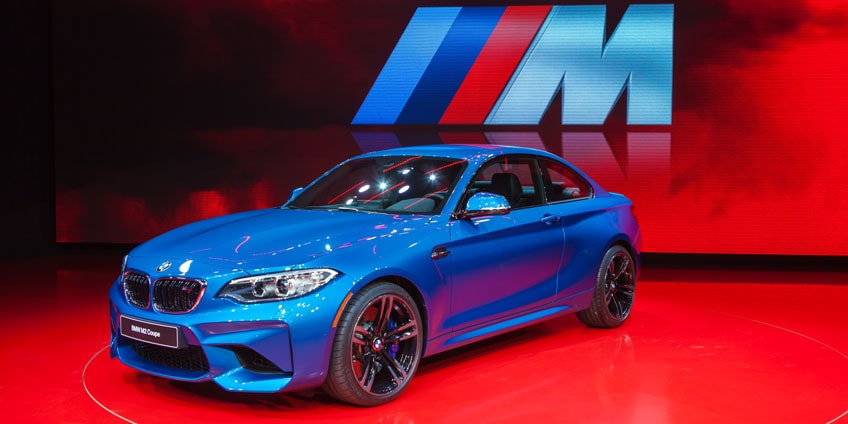 Perhaps, the bold letter M on some luxurious BMW body had once left you wondering, what does M stand for in BMW? In good old times (1960’s-1970’s), most of the cars before their massive retail production were tested on the race track. The BMW racing program was one of the most successful at the time, so naturally, they decided to raise their sales by promoting that everyone could buy these fast cars. Since that time, they started adding “M” meaning “Motorsport” to every vehicle that got enhanced properties, which were initially used for and tested in the racing world.

At the same time, we should admit that not only the question of what does the M stand for in BMW really matters for most of us. It is even more important, what does BMW “M” stand for in terms of the special functions that it caters. Traditionally, this letter on the surface means that you get some extras like enhanced engine plus the suitable transmission (typically includes six-speed options or more). Count also a modified suspension, bettered aerodynamics, interior and exterior suitable for real motorsport experience. Now that you know what the M in BMW stands for, it’s time to learn some more letters.

The letter X on that Bimmer will mean that you are looking at the crossover, in other words, SUV body shape. It will definitely be a four-wheel drive. X5 will be a mid-size luxury vehicle, X6 - luxury Coupe. X1, X3, and X4 are compact SUV cars. The letter Z means Roadster with rear-wheel drive and only two seats.

What does the “i” in BMW stand for? 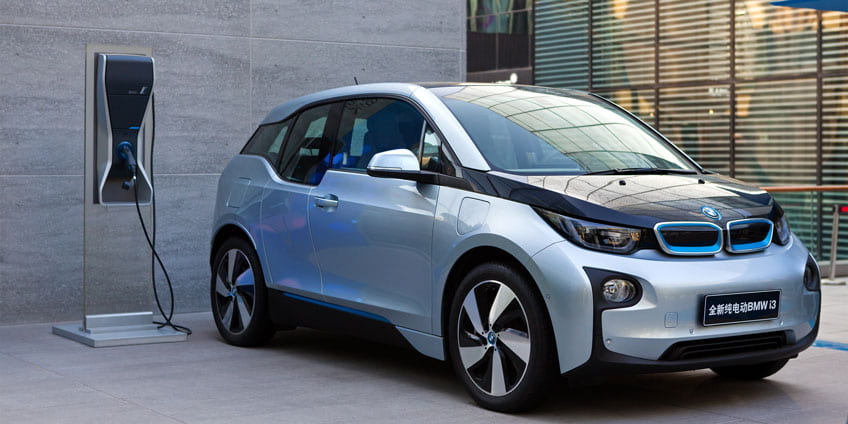 For drivers who want to hear their car screaming and hollering as the revs rise, driving one of the BMW cars with an “i” index would be a downer. Why? Now we came to our next frequently-asked question: what does the “i” in BMW stand for? The truth is that just like any of your i-devices it is powered by electricity. Or it is a hybrid car that is fueled by batteries and gas when you need some more power.

The first electric car produced by BMW was i3 in 2013. Now Bavarians have improved their technology being quite successful in this promising niche. Due to the most recent surveys, nearly 300,000 of electric BMW vehicles are now riding all across the world.

While ecology activists sleep well thinking about the bright future of Mother Earth, some experienced BMW fans feel skeptical about the new releases with “i” letter. They believe that EU emissions regulations and taxes policy may lead in the wrong direction. First off, the battery adds much more to the weight of the car, which is why its body and even window glasses become thinner and more dangerous in case of road accidents. Second of all, in case if you didn’t know, the amount of electricity supplied to every city or town is limited. The over-consumption of it could become a big problem. Namely, London has already suffered a lot of power shortages and brownouts. With electric cars charging everywhere around, the threat is only about to grow.

What does BMW logo stand for?

Millennials may confuse it with a spinner, and they would be dangerously close to the truth. What does BMW logo stand for? Let’s see! Since the blue and white are also the colors of the Bavaria state, many people assume that its flag inspired the company’s logo. And honestly, due to over than 100 years of the company’s history, it’s hard to tell whether they were so inspired by their motherland or by another thing they were once dedicated to.

If you want to know the truth about what the BMW logo stands for, every fan of the trademark will tell you that it pictures the white propeller in the blue sky. Indeed, the circular logo that BMW symbol stands for originally comes from the Rapp Motorenwerke company, which is thought to be an official mother company of the BMW. Even though founders, engineers, and workers started the brand from dreaming of the high skies, their passion helped to develop a really high-quality standard for vehicles driving on the ground.

What does GS stand for in BMW motorcycles? 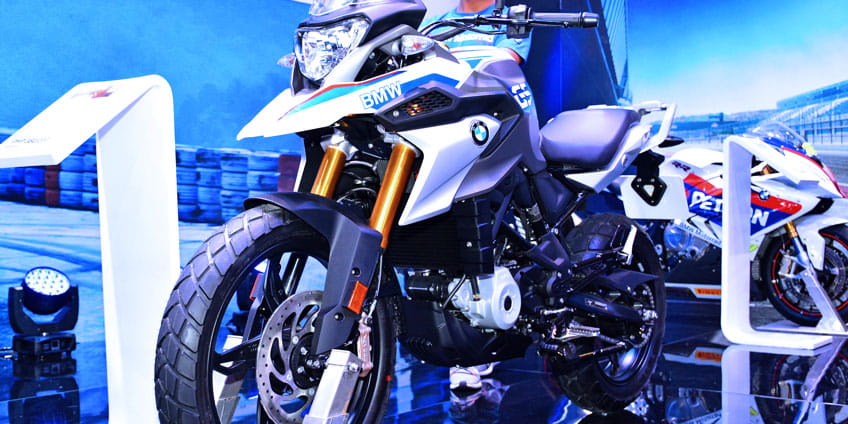 Did you know that in 1937, BMW built the fastest motorcycle ever made? The record reached over 173 miles per hour and was exceeded only 14 years after. It’s no secret that BMW motorcycles and bikes are famous for their high speed, a unique quality of details and unsurpassed joy of the ride. So, what does GS stand for in BMW motorcycles?

We can surely tell that BMW knows it all about motorcycles. They were one of the first companies to produce it during the WWI, and they kept successfully doing it ever since. The GS series include vehicles that are similarly good in off-road and on-road conditions. BMW started their production in 1980 and continues it now. You might be wondering now, what exactly does BMW GS stand for? It’s simple. Those two letters either mean Gelände/Straße (German: off-road/road) or Gelände Sport. Why are they different? You can ride them long distances because of their extended suspension, extra comfortable riding position, and surely, huge 19 to 21-inch front wheels. You can find them in a range of different engines and pick one that works the most for your purposes and style of riding.

Who is the owner of BMW? 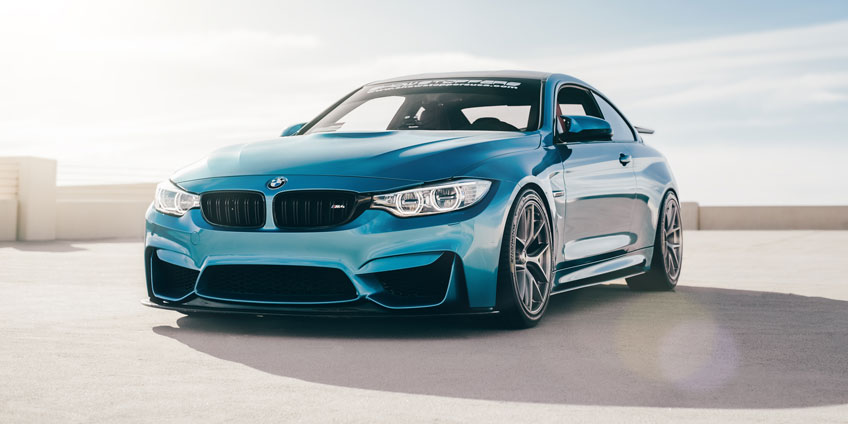 BMW Group now consists of 31 board members and advisors. Eight of them represent the management group with current chairman Harald Krüger as the lead. He started his career in the Bavarian company from the Technical Planning/Production division in 1992. During 1995-1997 he was responsible for experimental constructions, and in 2008 he became the youngest board member of all times (at the age of 43). The CEO role was granted to him in 2015. In 2018, Harald was voted the most popular manager in Germany.

And he doesn’t want to stop on that level. Now Harald is all about winning the competition with Mercedes. The latter recently has been dominant with around 200,000 more vehicles sold annually. In 2020, Krüger plans to become number one again with the help of advancing in various markets at once. Thus, BMW is going to promote their luxury segment as well as lifestyle cars that won’t burn a hole in your pocket.